I’ve been playing with the direction of my collection again.  After seeing a post on someone else’s blog, I was inspired to try something a little different.  Thus, Single Page Sensations was born.  As I said on that page, I think collecting single pages of random players and sets feeds into my random scatterbrained collecting habits while also reigning them in a little and giving them a certain degree of focus.

It also allows me to drop a few collections without completely getting rid of them.  As such, I downgraded Felix Hernandez, David Ortiz, and Shin-Soo Choo from baseball, Luol Deng and Hakeem Olajuwon from basketball, and Steven Jackson, Thomas Jones, and Julius Peppers (as if I ever traded for hardly anything from the latter two anyway), as well as putting a few relatively recently deactivated collections into the single page category.

The ground rules for the single page project are thus:

• Oversized cards do not count toward a Single Page Sensations player collection.  Tobacco card-sized minis don’t either unless I decide I really like it or something.

• For sets, a regular player I collect can’t be included.  Single page players are fair game, but the card used for the set does not count against the player collection.

• For sets I’m collecting a regular and parallel version of (2011 Legend SPs), each page must have an entirely different group of players.  No overlap will be permitted.

• The number of cards for a set depend on the dimensions of the set in question.  Standard cards (and larger minis) fit 9 to a page, but pages for bigger sets don’t fit as many, and the Tobacco-sized minis stuff fits more.

• These single page collections are malleable, and I may be willing to away trade certain cards from them, or trade for certain other cards as to replace what I already have as they become available, so don’t be afraid to ask.  I’ll also try to note what cards are locked in and what might be tradeable as collections fill up.

And that’s about it.  Here’s to some joyfully completed pages.  Come at me, bro. 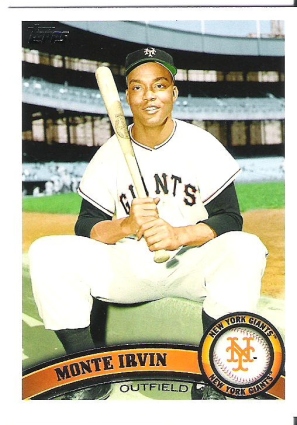 The key return from my trade with All the Way to the Backstop.

Finally, in other news, does anyone out there have any damaged or super fugly relic cards of decent-to-great players you don’t care about getting much in return for?  I have a few options of my own, but I could use more for when I start trying to make my own relic cards.  I could also use any thick blank decoys anyone has on hand as well.

That’s all for now.  Thanks for stopping by!