The card that got this trade rollin’. A certain Olympic-obsessed someone on twitter will be so jealous when I twitpic this card. 😀

Hey there, stately gents and comely wenches, time for a trading post!  These lovely cards come to me from my most frequent trading partner Shot Not Taken, if the title didn’t clue you in.

The above Lochte started things, but when Ray bought basically the saddest pack of SportKings in the world, the deal fell into place. 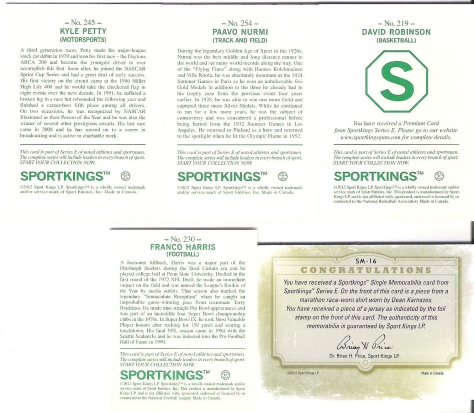 Despite the fact that even though I still wouldn’t touch a pack of high end stuff myself even after I become a rich & famous YA genre fiction writer (what?), I’ve still been contemplating trying to piece together an entire base set of all the SportKings series’ (because I am insane, but you probably already knew that). 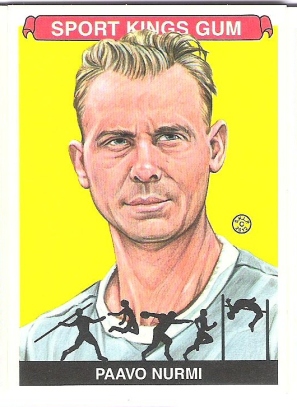 I greatly enjoy the silhouettes playing sports, but as you’ll see on the David Robinson on down, they can get lost if the depicted player is wearing dark colors that don’t have much in the way of highlights or shading or whatever.  Franco gets it a bit too on the darkest parts of his jersey.

The base cards are really nice.  Clean & simple look & they feel super sturdy.  I think I’m in double digits after this trade, so I’m not completely starting from scratch. 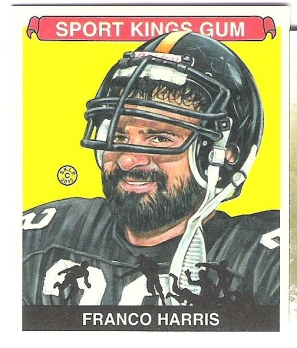 Not even high end can avoid Mini Mania!

I do loves me some minis, but if you have a two or three of the base cards I need, I may be willing to deal Franco here. 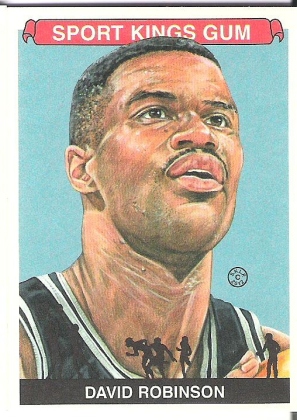 This is the S back, which I’m also willing to deal for base cards, on the off-chance anyone has any.

As the hit of a 5-card, $100 pack, “The World’s Most Famous Ultramarathon Runner” doesn’t come close to cutting it, but it’s a damn cool card to me..

This card I decided I was interested in entirely because I’ve become a lot more physically active this summer and I thought a hit of a famed ultramarathonner would be good motivation to keep me getting after it. 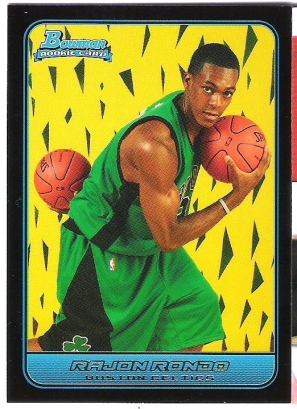 I… have nothing interesting to say about this card.  Just thought my PC could use a nice Rajon Rondo RC.  That wall behind him is… odd.

We basically put the whole deal together via twitter.  I remembered this late and tweeted Ray, hoping he still had it.  I was hoping he would set it aside for our next inevitable trade if he did, but he threw it in just before he sent my stuff out. 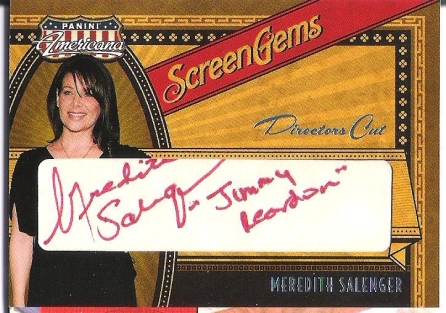 Just before I sent out that fateful tweet to Ray in regards to this card, I somehow stumbled onto Meredith Salenger, or someone posing as her, on twitter, which reminded me of this card, which prompted me check her out on IMDB, where I found out that, in addition to appearing in all sorts of things, she has also done a bit of voice work, which is what made me want this card.  I’m a total geek for great anime & western ‘toons alike, so voice actor autos is another possible new PC I’ve been considering that may or may not become a thing.

Well, there ya go!  Another successful trade, and I’m sure we’ll deal again soon.  I love when I can send out a lot more stuff than comes back my way, because that means great stuff like this comes back, and also because I’m forever trying to shrink my collection down to somewhat manageable levels (still got a loooooooong way to go).  Seeya next time, when I don’t know what I’ll jibba-jabba about.

I still don’t know how to pronounce “Lochte”…