Huh?  What’s this? A post with recentish sketch cards completely ready to go?  Did the blog fairy type this up when I wasn’t paying attention?  No, I vaguely remember doing this myself for a rainy day.  So seeing as it rained steadily all day today, let’s post it!  All cards for sale or trade. 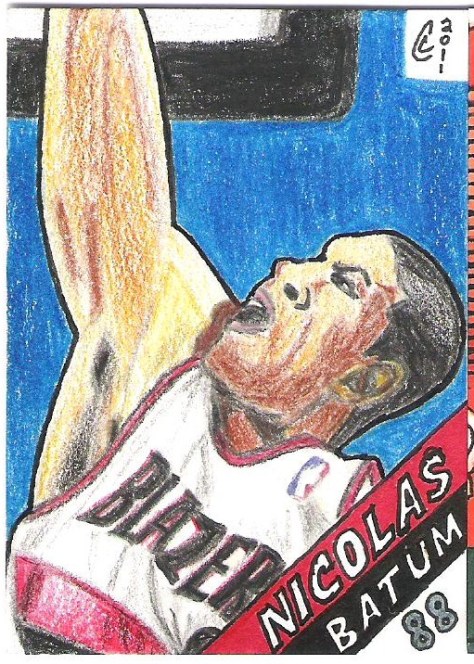 A scan of the Batum sketch card..

A really old card of Dawnstar (Legion of Superheroes) I finally got around to coloring. I kinda like how the super simple color job turned out. Only used about five different colors..

Jayna of the Wonder Twins and SuperFriends.. 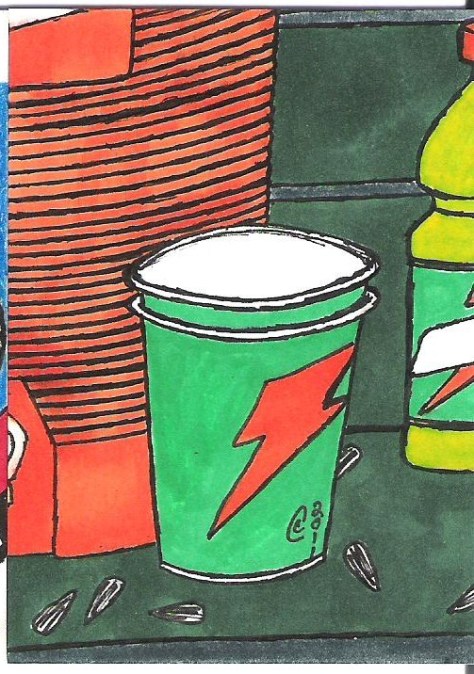 So I’m sick.  Unsure if I’m running a temp, but I’m achy, and my throat feels like sandpaper.  My left back/side also feels like I tweaked something in it.  Add to the fact that I wasn’t able to only able sleep 1-2 hours at a time this morning, and wasn’t able to get to sleep at all till 4am thanks to the jackass upstairs neighbor (who has, incidentally, picked up, in the last half hour or so, right where they left off at a little after 3:30am), and I am one SERIOUSLY tweaked card blogger-slash-sketch card artist, that’s running on nothing but fumes and righteous anger.  As such, I have not the energy to put together another binder page post right now.  So, here are my latest sketch cards, presented with as little commentary as possible.

That paragraph was written early Saturday afternoon, but the truth is, it was the truth, so it stays.  I went out shortly after, on a really chilly day it should be noted, in part to escape the noise, and also to find something for my throat.  Ended up being out far too long, and while I got what I went for and then some, I am officially full-blown sick.  I’m glad I went with the cold & flu medicine, because I’m pretty sure that’s where I’m at right now.  As for post-return noise, it went on starting sometime between 8:30 and 9pm until a lil after 11pm.  Wasn’t as bad as Saturday, but persistent enough to drive me up the flippin’ wall in my current brutal state.  But enough about that for now.  I have sketch cards to show you! 🙂 <–(Smiling through a rareified degree of pain for me.)

Scarlett was a really old card I finally got around to coloring.

Static was done for my dad, who, as mentioned before, was a die-hard fan of Milestone comics and still has a lot of the early issues.

The card itself is probably one of the better sketch cards I’ve ever done.  Kirby Krackle around the hands, lots of extra detail I’ve never quite gotten as right as it turned out here before.  And, I even bought a special pen specifically for the electricity.  It is quite glittery in person.

I also used glittery gel pens on Ms. Marvel’s background and parts of Silver Surfer’s body and board.  The only problem is (aside from me not being particularly happy with much of anything on the Silver Surfer card), is that the glitter sheds, and got on other cards.  So there are lil sparklies in the background on Fire & Ice and Scarlett that are out of place on their cards.  It works on Silver Surfer’s background though, the tiny sparklies shining in the endless reaches of space behind him when the light hits ’em right is an awesome, albeit accidental, effect.

That was way too much jibba-jabba, but hopefully it was informative to you.  I am signing off because I feel like C-R-A-P crap crap crap.  But thank you as always for stopping by my blog.  I greatly appreciate it.

This post brought to you by my pain and tears… 😥