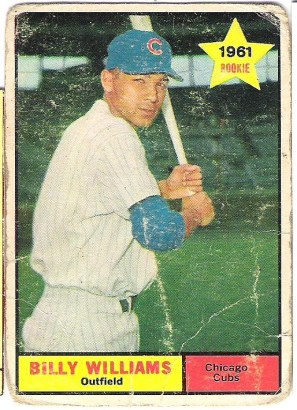 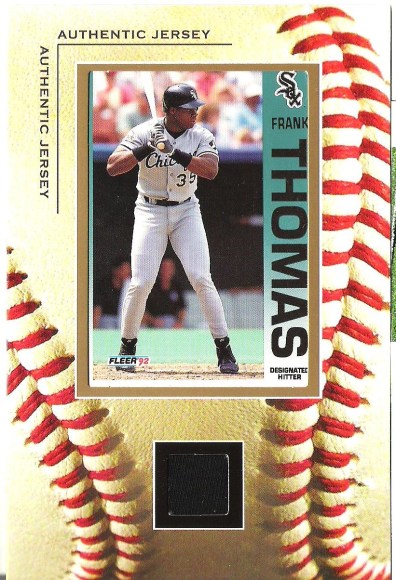 This was also part of the trade with Shot Not Taken.  It didn’t make it into that post for the simple fact that it was still in my backpack and didn’t get scanned until around two weeks later. 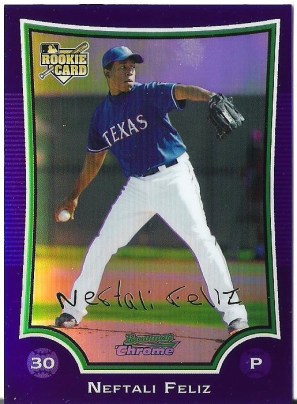 This came out of a random discounted fat pack I stumbled across towards the end of last year. 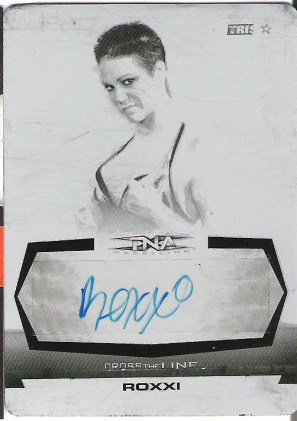 Possibly the earliest pickup here.  Cool printing plate with a sticker auto stuck on it of perhaps the single most underutilized woman in the history of TNA’s Knockout division.  And that’s saying something, when they also severely underutilized Ayako Hamada, who might be the single most talented lady wrestler in the world, and of course my girl Sarita, who has gone onto to bigger success in both Mexico and Japan. 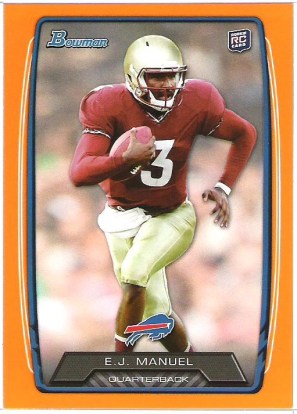 The back compares him to competent game manager Alex Smith.  I don’t know how to feel about that… 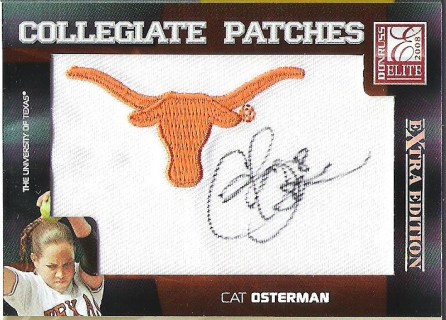 It is the realest shame Panini ran this concept into the ground so fast, because this card, much like Cat herself, is absolutely spectacular. 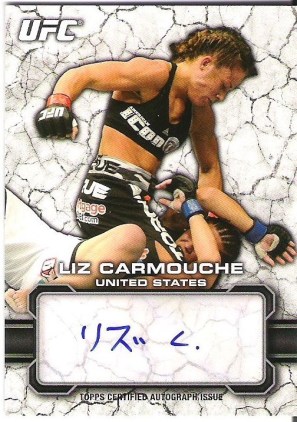 Here’s a fearsome and fantastic addition to my fledgling Girlrilla page, which is now up to TWO. 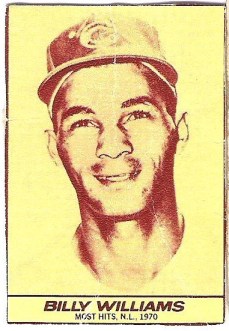 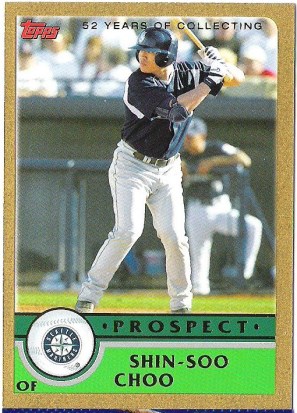 I’ve been jonesing for a new addition to my Shin-Soo Choo page for awhile now, and this is what I came away with. 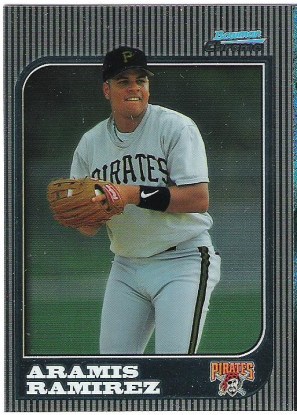 The desire to break 100 cards with another player does not preclude me from getting more cards of future Hall of Famer Aramis Ramirez.  This was one of a half dozen newbies of him in my latest COMC shipment.  They may crop up here & there over time. 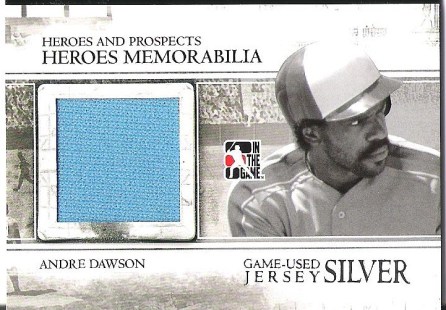 Whine about lack of logos all you want, you big babies.  This card just oozes class. 😉 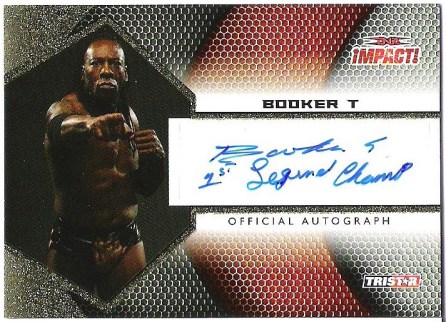 Closing out this post with my favorite wrestler of all-time!  Booker T autos are extremely hard to come by cheaply (dog tag auto aside), but I managed to secure this bad mamma-jamma on COMC for $8.  It’s even an inscribed version.  Unlike every other WWE reject, Booker never won the TNA World Title, but they did create a brand new vanity belt (later renamed and became their midcard title) specifically for him.  So I guess he’s got that going for him, which is nice.

That’s all for now.  Time to go work on some half-baked novel writing or some such.  Thanks for stopping by, and we’ll be seeing y’all again real soon.

Before we get to that BBM though, let’s start with the Icons Steve Slaton RC.  The foil is surprisingly not that fugly, considering it’s Icons we’re talking about.  Slaton has come on a little in recent weeks, no doubt due to rediscovering his ability to either phase through stuff or turn invisible, as shown in this card. 😛 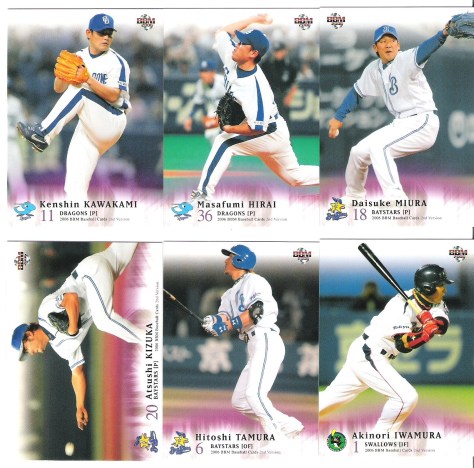 A couple names you might recognize. Yes, Kawakami and Iwamura. *sigh*

Hmm… I think I might know what to send to The Troll for making the closest guess and finishing last in the 5000 Hit Contest.  How does a Japanese card of Iwamura sound as a consolation prize?  Oh, and speaking of said contest, would the second place winner please choose from the four remaining cards please?  The V-Mart/B-Phil X-Fractor is taken, leaving the four football cards from which to choose.

More base cards for your viewing pleasure.

Two ex-Cubs (well, Cabrera was drafted by ’em), who went on to be stars in Japan.  Along with the legendary  Tuffy Rhodes, I guess the trinity is complete. 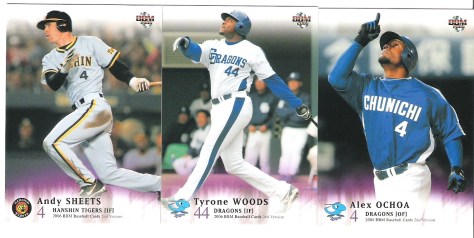 A couple more names American fans may be vaguely familiar with in this 6. 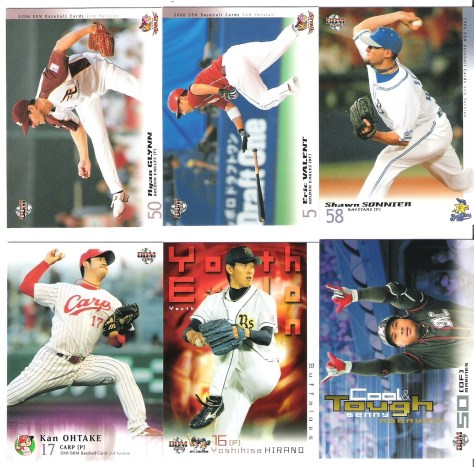 The top three are second version cards, and now we get to the subsets! Yay subsets!

I guess second version is kinda like an Updates/Traded-type set.  I’m not exactly well-versed in Japanese cards though.  See the great Japanese Baseball Cards blog for expert analysis.

And yes, we have a Benny Agbayani sighting! 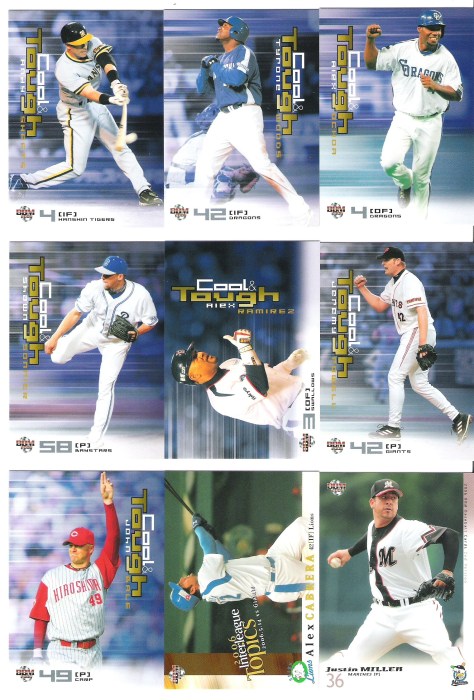 I’m sure it’s just me being oblivious, but the Cool & tough cards being both vertical and hoizontal threw me off just a touch.  Huh… Here’s some more: 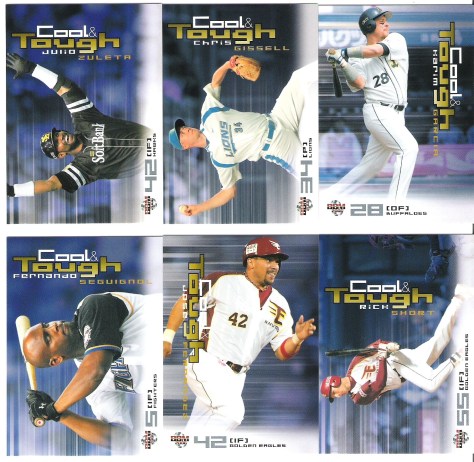 Are YOU cool & tough? 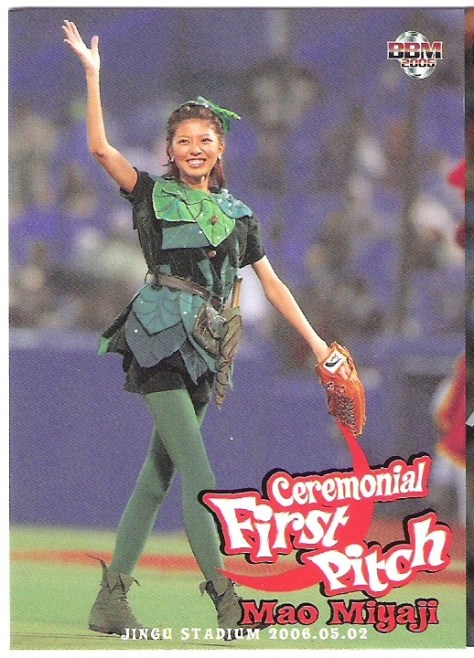 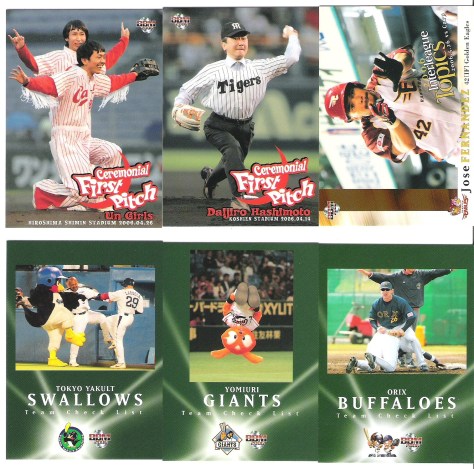 The One with the Wacky Checklists

Finally, we arrive at the big hits of the bunch, and two instant favorites in my personal collection. 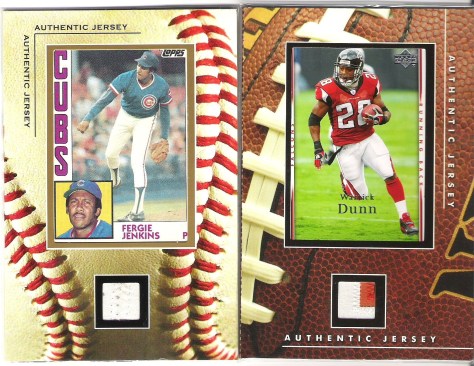 Proof that these Jersey and card frame things can in fact be awesome!

Yes, a Fergie Jenkins card and swatch frame!  How cool is that?  I’m not sure what the swatch is though.  I’m not convinced it’s jersey.  Whatever though, still hella cool.  And Warrick Dunn!  Running slight fever & a little nauseous patch! (cuz it’s not quite sick, y’see, but still cool… *sigh* nevermind)

Thank you very much, Ray.  I’ll have more stuff coming your way soon. 🙂

Oh yeah, I promised something epic at the top, didn’t I?  Here it is: 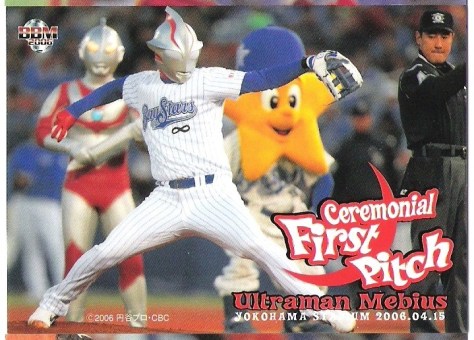 Tell me that ain't EPIC!