… Until I start writing it.  I’m barely mentally coherent and can’t quite think of anything specific to say (I for one blame this ridiculous heat and dis brokeass recliner hurting my back for my total lack of posting energy), but I feel the need to say SOMETHING.  So, here goes whatever.

Nothing has happened as yet with my Black Diamond Die-Cut on the topps Diamond Giveaway site.  Haven’t even gotten many offers on it.  I’ve picked up three regulars via trading though.

I had to let my ’75 Bill Madlock go earlier today when someone offered a Yovani Gallardo for it.  Just couldn’t refuse that.  I also scored a Ricky Romero a few days ago from haphazardly offering up my ’67 Dick Schofield, ’74 Walt Williams, and ’91 Luis Rivera for just about any Diamond Die-Cut I had even marginal interest in and/or could easily trade once I have it in-hand if I can’t get one of my needs on the site.  I sent out a mess of only slightly more focused trade offers for each when the sun was going down.

Before that, doing the same incoherent-but-effective trade offering with a ’73 Johnny Briggs and ’69 Chuck Cottier landed me a Billy Butler which over the course of a single day became a Carlos Santana which finally turned into my first definite keeper in Vlad Guerrero.  Very nice.  I’d like to land another Santana for myself at some point, but I’m not counting on it.

(EDIT: Just checked.  I’ve landed another Carlos Santana.  Got it for Gallardo.  Lulz.)

Aside from that, I’ve picked up four packs of this year’s A&G.  The first two (from Walmart) were weak.  No inserts, plain ol’ regular back minis (one was a Cub, but I’ve never been a fan of Dempster), and a shortprint of stinkin’ Cardinal.  Only saving grace was Cheryl Burke hawtness.

The second two (from Target) were outstanding, however.  A code version of an SP, a Jason Heyward mini SP, a Most Mysterious Man in the Iron Mask, and an Ascent of Man, which I can confirm are as awesome as advertised.  Plus more cool random people base cards in Kristi Yamaguchi and  Stan freakin’ Lee!  I’ll be keeping Kristi, Stan, and maybe the Ascent of Man (for now at least), but the others are available.  I’m interested in Minds that Made the Future, Highlight Sketches, and Portraits in Penultimacy in return.

I also picked up a few things the on COMC the other day, much of it trade bait.  Flying Spaghetti Monster only knows when I’ll have money to get any of it out though, especially if the government turds out.  Seriously, fuck the GOP.  Right in the ear.  Because God forbid the rich and big businesses start paying their fair share of taxes, amirite?

Anyway, if you like BJ Upton, Jose Reyes (2B?), Victor Martinez, Garrett Atkins, or… Joseph Addai (eh, why not?), or the teams they play/played for, you might be in luck.  Also Carlos Lee and Andy Pettitte.

Also slowly gathering specific things for specific people.  Got at least one thing I owe Ray now.  I’ll set about getting ahold of the rest pending government bullshittery.

Finally, for the love of Tommy Oliver, my email is on my blogger profile which is linked on my sidebar!  Ahem… Sorry, but it’s there.

In the meantime, here’s a picture of a thing (via my first trade with Cards on Cards that I never posted because I don’t know what became of most of the scans :():

Seriously though, I have no idea what this is and have been too lazy and/or unfocused to look it up as of yet.  It’s kinda cool though.

Guess that’s all for this post.  Needs more pictures, but it turned out better than the post I had originally planned.  Baseball cards are much more enjoyable than b*tching about government incompetence, DC Comics incompetence, and… “Unicorns”.  It would’ve been… weird.

It’s too hot for pants…

Here are the cool cards Mario sent when I finally got off my lazy butt and sent him a SASE:

I’m trying to spread the love by sending and trading most of the cards received from Mario to those who will appreciate them more than I could ever hope to.  Paul Hornung is offered to Heartbreaking Cards of Staggering Genius, and Tony Dorsett is now officially offered to BigD of Hey That’s Mine.  I’m giving both Big Bens to a Steelers fan I know (other one coming up).  The Maynard/Biletnikoff is the only for sure keeper from this scan, although the Alan Page is tempting, to get a TTM auto maybe.  How epic would that look?

As it is, Alan Page, Plax, Calvin Johnson, Romo/Aikman, and the volleyball dude are available.

Bobby Hull and Mike Ditka are the reason I got these cards in the first place, so they ain’t going anywhere.  I dunno about the historical peoples though. 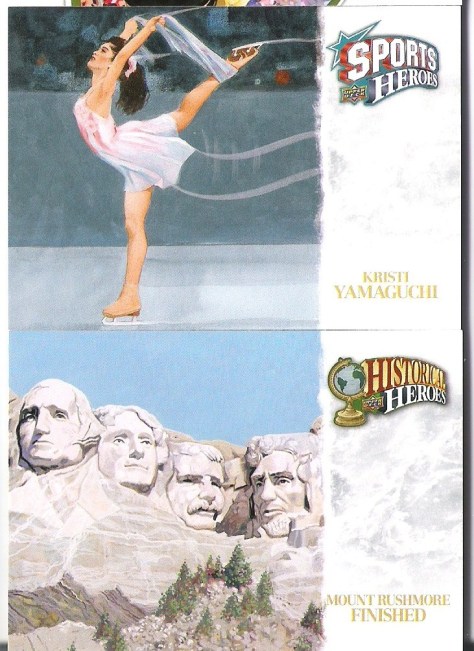 Kristi Yamaguchi and some rock-headed Presidents...

I used to have a crush on Kristi in my teenage years.  Heh… :d

Do the Presidents look a lil’ toony to anyone else, or is it just me?

Are there any bloggers out there who were at the original? 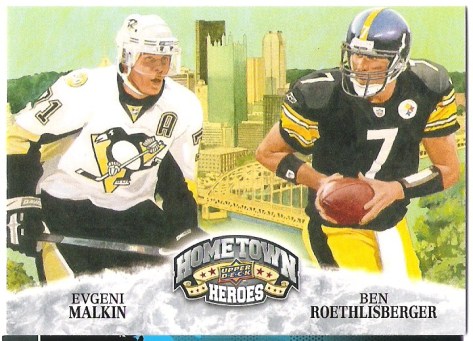 This is also going to my Steeler fan friend.

Now we get to the higher end, a rare taste for me.  But a yummy taste it is. 🙂

This one I offered up for BigD’s Hines Ward collecting son.  I got a little something for the whole gang, if they want ’em, that is.

And if they can wait till 2010 to pull off the trade.  I’m a slow trader (slow at doing nearly everything, really) to start with, but I think I’ve got trades going with half the card bloggers right now.  At least it seems that way, not to mention McCann’s great card blogger Secret Santa thing.  I’m very excited about dat though, and hopefully the person I drew will be too.

I’m not trading away this one, I really like this one.  It’s purrty.  I may have to sell it at some point sadly though. 😦  I’m poor like dirt.  I have iffy mental health as an excuse, but I’ve got to try and make good, the sooner the better, and that’ll take some moneys to start with.

Incidentally, if you’d like to commission a sketch card, gimme a shout.  You can see a few recent examples on my blog.  I’m okay I guess, especially with portraityness. 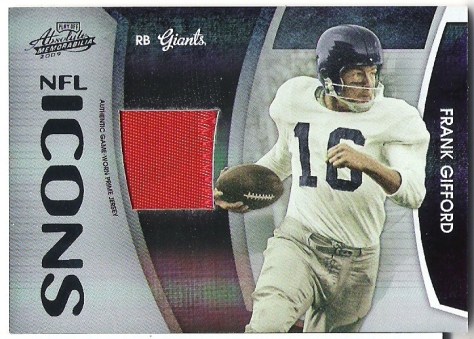 That was a heckuva box Mario busted, all three game-used being of the prime jersey variety, if not the sickest of patches.  I like Absolute Memorabilia, one day I will be able to afford a box of it without breaking the bank, or even poking it softly.  I have no intention of being a poor bum my whole life.

That’s all for what I got from big man of the blogosphere.  Maybe I’ll win some stuff from him again (and sign up for Card Corner Club @VOTC) if I can figure out what the heck happened with my Ning password.

Oh yeah, congrats to Real Salt Lake on taking down the evil empire of David Beckham and Landon Donovan.  I hope it doesn’t effect the value of my Beckham jersey card though (scans to come when I get it scanned).

And big ups for Matthew Stafford showing some Leftwich-ian toughness in getting the win against the Browns in a surprising shootout.