Forgot about this until I saw them amongst some undownloaded scannage still sitting in my inbox.  Here’s what I ended up with: 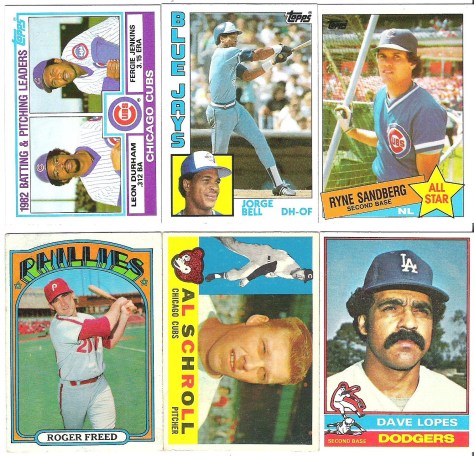 Pretty nice haul considering how little I had to work with.  No complaints about condition either.  Only the ’60 and ’72 had any damage, but except for a certain 1965 card from a recent-ish trade and some pack fresh ’83s, I don’t know that I’ve ever even seen anything from before the junk wax era that was minty fresh.  Hell, a lot of current cards don’t even seem to come out of the pack minty fresh.  So yeah, these are fine, even centered nicely.  Davy Lopes is only has the slightest corner ding, otherwise he’s in perfect condition.

I didn’t have much luck with the MCG, either pulling them from packs, or turning them into vintage once on the site.  In fact, I’ve already pulled more Diamond Giveaway chances than I pulled MCGs all of last year, and with better vintage success (close to 50%).  Freed and Schroll were the only two pre-1975 cards from the MCG I scored myself without have to trade for.  Schroll was was great to get myself as a Cubs fan, but he was the only pre-1970 card I hit at all.  I’ve already somewhat duplicated the vintage Cubs feat this year, hitting a 1970 Don Young, that I will most likely be keeping, and hit have hit two pre-1970 cards (both ’69s, one I traded for a ’67) so far. 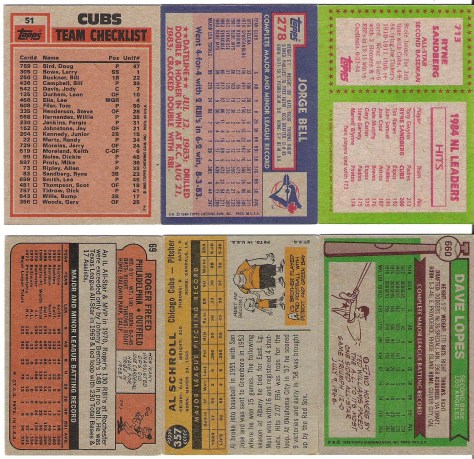 Freed and Lopes are available for trade.  Seeya.

Vintage 2: Son of The Search for Curly’s Electric Boogaloo Returns 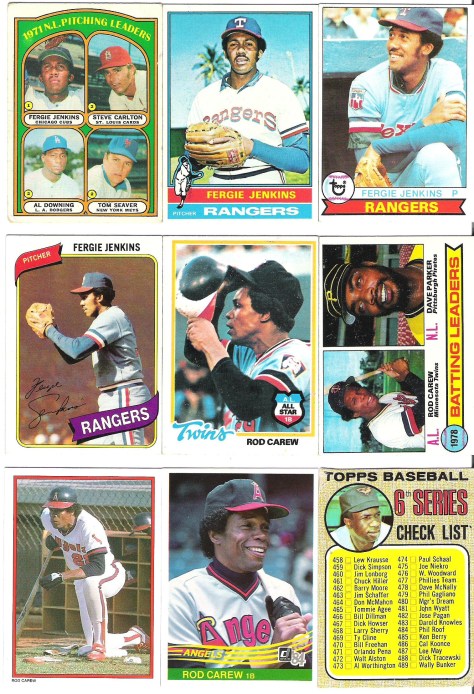 Yeah, let that sweet vintage goodness wash over you and cleanse your soul...

These are all Hall of Famers (except the card-sharing Downing and the Cobra, who is fairly close to Hall-worthy), and they are all keepers this time.

Is that ’72 not glorious?  1047 wins represented on that card!  And those two early-mid ’80s Carews probably don’t qualify as vintage yet, but they’re getting way too close for comfort.  That is depressing, because I will become vintage only one year later.  Not cool, man, not cool. 😦

On that disheartening note, the next post will be short, in more ways than one, as we somewhat seamlessly segue out of vintage and into the next section.

Oh, and Merry Christmas and Happy Universal Non-Denominational Holiday Celebration to all!