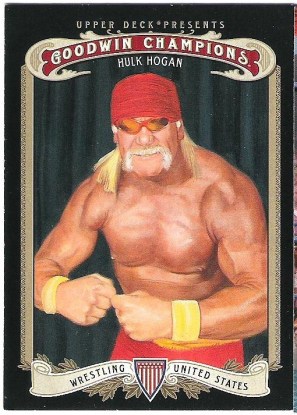 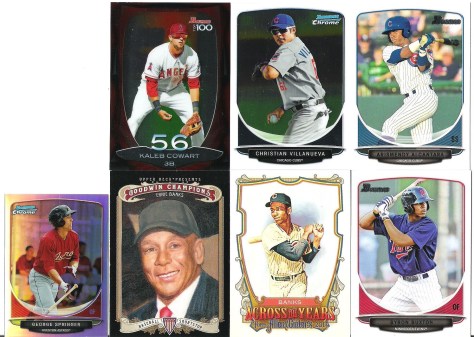 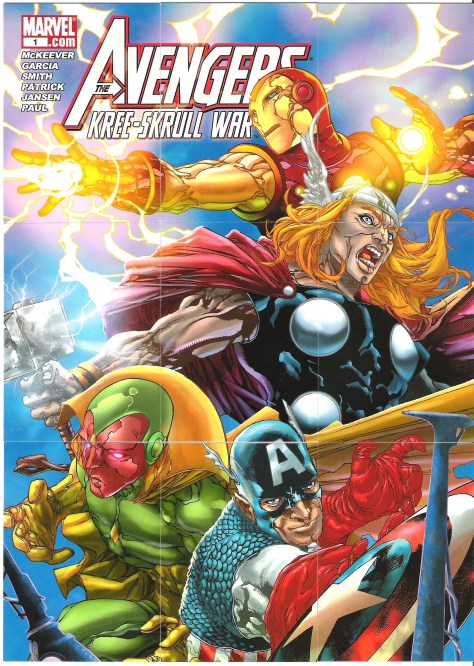 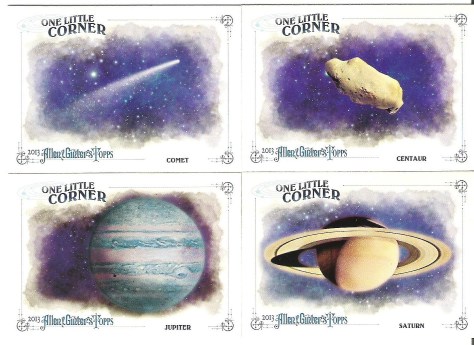 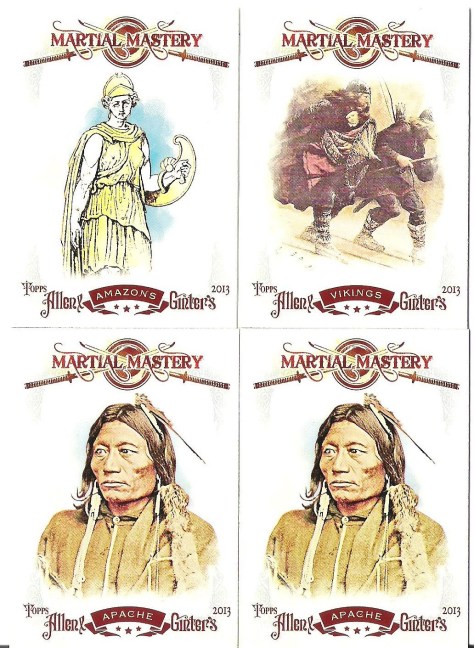 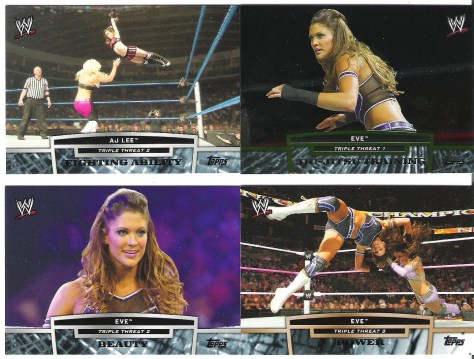 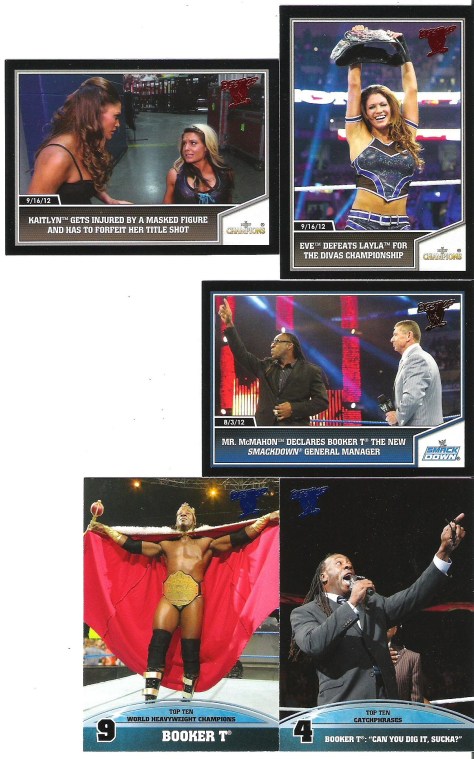 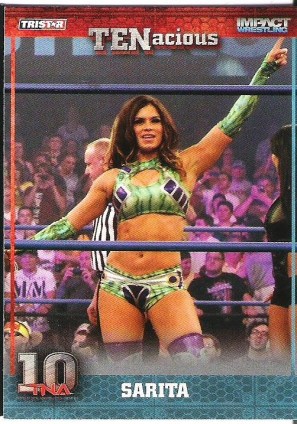 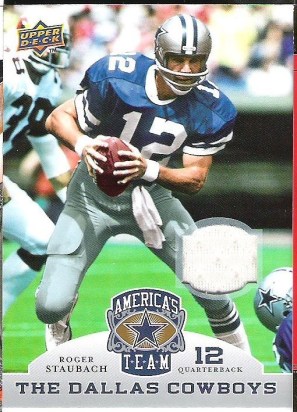 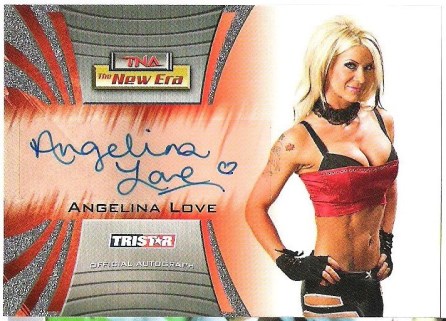 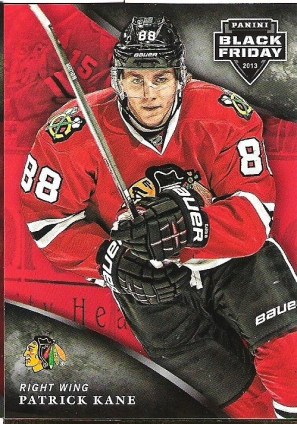 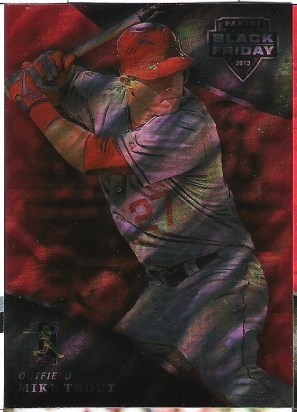 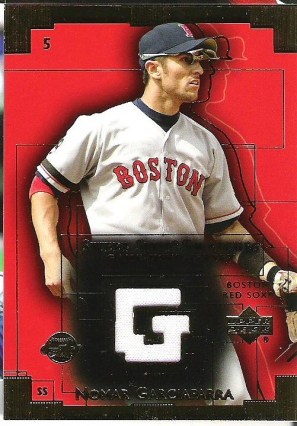 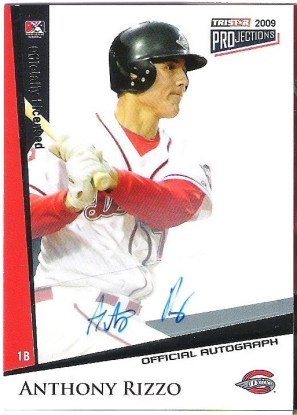 Hey all.  So I guess I’ll start with the most recent trade to arrive and work my way back.  This package arrived sometime between Tuesday and Thursday this past week from Marie of A Cardboard Problem. 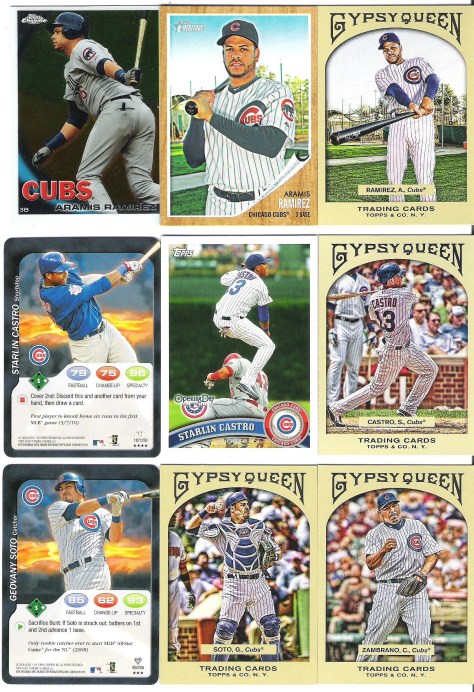 A nice mix of specific Cubbies I collect.  The only one here I might have already is the ’10 Aramis Chrome.  The Attax look great!  Which reminds me… The random coupon generator at Target finally spit out something useful last time I was in there.  It gave me a $2 off an Attax starter set coupon.  I will have to be sure and use that sometime, if only for the novelty of having a coupon for sports cards (and the trade bait, oh the tradebait).

Btw, when is topps going to realize that the flagship set’s base cards look better without the foil and ditch it.  The price-per-card of Opening day and regular is about the same anyway.  Just lose the messy, hard to read foil touches on the name already.  Jeez. 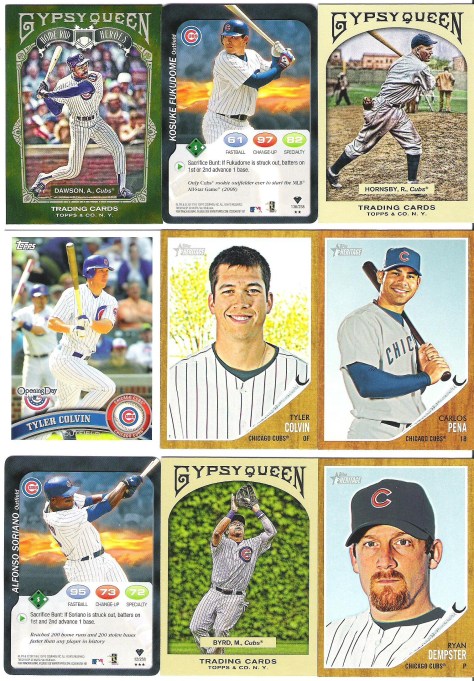 New Hawks and Fukudomes make it worth getting up in the morning. 🙂

And Ryan Dempster is staring into your soul.  He says it’s dark and moist in your soul, like a humid midwestern night, and that it smells like burnt cheese and Hai Karate.  Is that normal?

I don’t even want to talk about the Cubs this year and Soriano being the only guy being an offensive threat and hitting home runs means I can’t blame it on him.  So I’m just going to move on to the big prize.  A prize so rich that it completes my unlikely trifecta of one of the hottest young stars in all of sports!  Behold!

Oh yeah, there were two of these Heritage Fonzies.  Neither one seems to be a variation or anything, so I’ll be sure to send one along to the BigD crew when I get around to trading with them (got a TON of stuff for you guys). 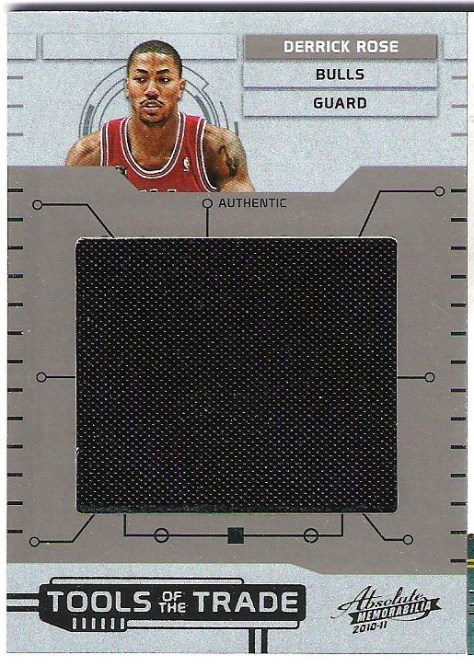 That’s more like it!  A jumbo swatch from one of the longstanding favorites of Donruss and now Panini’s stalwart Absolute Memorabilia brand: Tools of the Trade.  The card is #’ed /49 and has a nice-but-not-obnoxiously-overbearing-shine that the scan doesn’t pick up at all.  All in all, it’s an outstanding addition to my collection, and a great way to cap off what may be my first (if not, then still only second completed trifecta.

I do have one gripe, and it’s for Panini.  It would be nice if they said what the swatch was supposed to be.  I just figured it was jersey when I watched it being pulled over on ustream, but the lil white dots you see on the swatch are kinda… shimmery, I guess, and the fabric is softer than any that of any other jersey cards I had on hand.  It also feels slightly thicker/puffier than plain jersey, but not enough to think it’s a shoe or prime/patch.  I really have no clue what it’s supposed to be.  Too hazard an insane guess, I’d say it’s some part of a tuxedo.  It is kinda satiny-feeling, now that I think about it.  None of the obvious choices seem right, so why not?

So yeah, until I find out otherwise, this is Derrick Rose-worn tuxedo.  That classes up my trifecta a bit.  Haha, yeah! 😛  Thanks, Marie!  Will have your stuff out this week.  Bye.