Exactly what it says on the tin.  I raided the newest stuff that had found it’s way into the discount bin at Shopko when I was in there on Saturday.  Also picked up two 2007 topps ’52 Rookies packs, a pack of 2008 Mayo football, and the most boring pack of 2008 topps Heritage ever made.  More on that stuff another time though; we all about the Chrome right now!  I got shorted a card in one pack, so only 27 cards.  This is everything:

The Harden Refractor is a keeper until he ends up somewhere else... 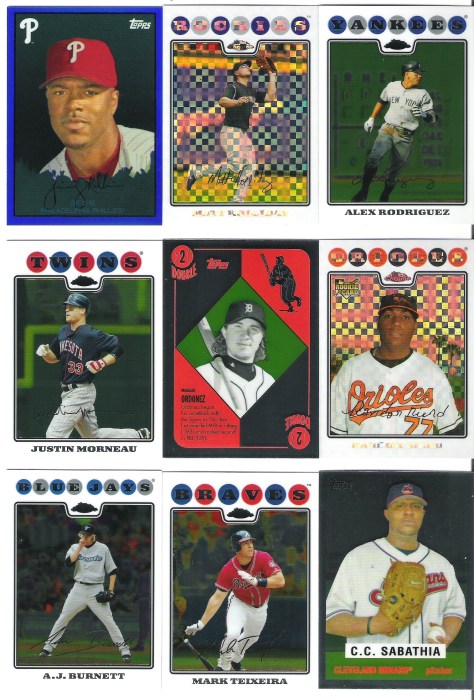 J-Roll is a blue refractor parallel #ed /200. And did those X-Fractors scan nice or what? Randor Bierd & Matt Holliday 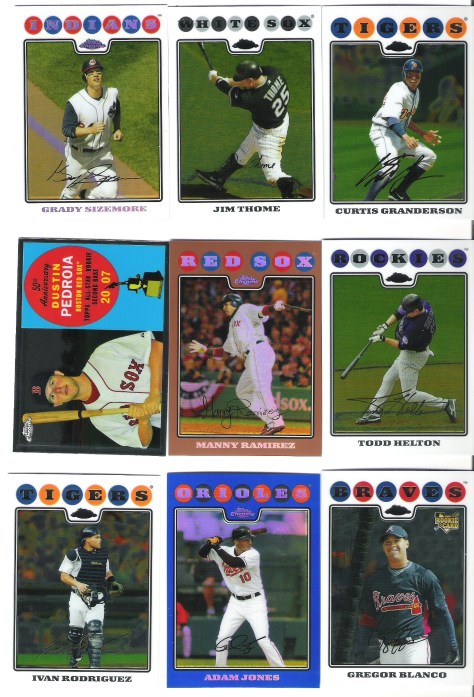 Grady's a Refractor if you can't quite tell. Manny's going to Wicked Ortega. Someday. Adam Jones is for Beardy. So's Prince Randor of Eternia if he wants him.

Everyone except for Harden (for now), Manny, Pacman Jones, & maybe Randorrrrr are available for trade.  Call ya shot.