I picked this sketch card up in November and just finally got it scanned in the past week or so.  I have a page dedicated to She-Hulk sketch cards, but I dunno if this one will go in it.  I am close to blowing by my single page limit since licensed Shulkie sketches seem to be a relatively inexpensive get these days (at least compared to everyone else I collect), so it might not matter in a couple months anyway.  But anyway, this is an odd bird and a few questions are begging to be asked-

Why are She-Hulk and Luke Cage fighting in the first place?

Since She-Hulk is at the very high end of the super strength spectrum on her worst day and the the artist formerly known as Power Man is at the very low end, how is she even noticing that punch?

Why does She-Hulk have short hair and jeans?

Why do I miss Luke Cage’s ridiculous original Power Man costume so much?

Oh well, it’s still a nicely drawn card, and weird enough (and juuuust cheap enough) that I happily added it to my collection.

That’s all for this post.  I’ve got three more sketch cards to post from last month, and 9(!) more between my COMC shipment and eBay winnins for December, and amongst other things, I hope to post virtually all of the entire 104 total cards over the next few weeks.  First I have to scan them though, which I’ll start as soon as finish babbling incoherently on here.

As always, thanks for stopping by!

Business is about to pick up… 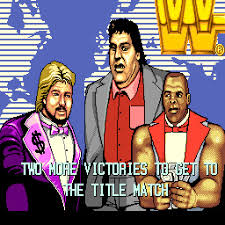